On April 18, Andriy* finally embraced his wife, three sons, daughter-in-law, and only grandchild after a long and harrowing journey. God had reunited his family in a place of refuge and safety. As Andriy looked into his wife’s eyes, he was reminded of God’s providence, even in the midst of dire circumstances.

In February, Russian armed forces launched an unprovoked invasion of Ukraine. As bullets, shells, and missiles flew overhead, life in Ukraine was changed in an instant. Since that initial invasion, more than four thousand civilians have been killed, over fifteen million displaced from their homes, and over seven million have left the country. The story of Andriy and his family is one of the countless stories that could be told.

Andriy is the president of a seminary in Ukraine, one of our education partners. When the war began, he had just attended a pastoral conference in the United States and was preparing to return to Kyiv to be with his family. He had his airline tickets and hoped he could lead his family to safety. However, he found that airports in Ukraine had been shut down, and his flight to Ukraine had been canceled. Quickly, Andriy tried to figure out an alternative way to return home. He considered traveling to Moldova, since he was a Moldovan citizen, and then crossing the border into Ukraine. However, he recognized that such a decision was too dangerous because he was from Transnistria, a breakaway republic within Moldova that is sympathetic to Russia. Therefore, rather than trying to return to Ukraine, he decided that it would be best to stay in the United States and devise a plan to enable his family to find a place of safety.

Meanwhile, Andriy’s family was still in danger. His wife and two sons found shelter in the basement of the seminary, and his other son, daughter-in-law, and grandson were in eastern Ukraine, a focal point of the invading Russian army. Andriy encouraged his family to flee to Moldova, but it soon became obvious that this was not the best option for them. They instead decided to seek refuge in Germany. After successfully arriving in Germany and finding a place to rent, they realized conditions were unfavorable, so they decided to try to relocate again.

During the weeks of his family’s journey, Andriy sought to receive humanitarian parole in the United States. As a Moldovan citizen, he would typically be ineligible for this status according to U.S. law. Yet because he was living in Ukraine, he was miraculously granted humanitarian parole. The next hurdle he had to overcome was bringing his family to the United States. They had depleted most of their financial resources during their trip and did not have enough funds to pay for the airfare. God intervened and used the generosity of believers in the US to provide enough money for his wife’s trip. Andriy had to borrow almost a year’s wages (for a typical Ukrainian) for the tickets for the other five members of his family.

Now that Andriy had sufficient funds to cover the expenses of relocating his family, the next challenge was getting them to the US. The only way his family could get to Oregon, where Andriy was living, was to fly first to Mexico and then come up through California. Thankfully, on April 18, almost two months after the beginning of the war, God enabled Andriy to be reunited with his family, and he was able to embrace his wife, three sons, daughter-in-law, and only grandchild after a long and harrowing journey.

However, this was not the end of the story. Once again, an obstacle caused another problem. Andriy still faced the challenge of figuring out how to provide for his family since he would be in the US for the foreseeable future. Those who are given status as humanitarian parolees are forbidden to work. How would Andriy have sufficient resources to meet the needs of his family of six? Once again, the Lord met Andriy and his family at their point of need. The Holy Spirit moved in the heart of someone willing to give his family a house for incredibly low rent in Oregon. As the body of Christ in many churches heard of Andriy’s situation, they supplied financial support, including furniture, bedding, and food.

The provision of God during the journey of Andriy’s family is worthy of praise, and we thank God for his answers to prayer. The Lord has helped Andriy and his family overcome many obstacles. However, they still covet your prayers. Pray for the Lord to continue to protect and meet this family’s needs through the generous provision of the church.

The needs of the Ukrainian people are staggering. Thankfully, our God is powerful and can meet these needs. Please join with Andriy to pray fervently for the Ukrainian church to continue reflecting Christ’s love and that he would be able to return to ministry at the seminary soon. Above all, pray for the war to end.

*The name of this leader has been purposely changed. 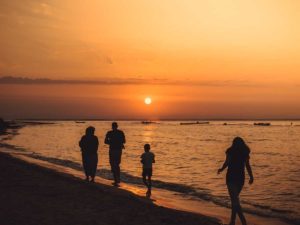