It is a joy to see students transformed through a deep reflection of God’s Word in theological education. This is an account of a student growing closer to God through an eight-week online class on the book of Romans:

“Romans has always been my favorite book in the Bible because of how logical it is. So, when this class was being offered, I was compelled to take it. Little did I know how the Holy Spirit would work in my life to liberate me and teach me what Spirit-filled living can truly be like. I think for years I’ve been locked into being a Romans 7 Christian. You know, how there are two laws at war within me. I found myself doing what I do not want to do, and not doing what I want to do. I fall, confess, repent, fall, confess, repent, and on and on. I thought the Christian life was always a fight against the flesh. The class showed me that a Romans 7 Christian is someone saved, but that they are still living in the flesh. I don’t mean living in a sinful lifestyle, but I mean trying to live out the Christian life in one’s own power and strength. I was also so wrong about Romans 6. I thought being dead to sin meant that you have to act as though the flesh died and is unresponsive to temptation. If that were the case, there would be no fight in Romans 7! Romans 6 teaches us that we are dead to the authority of sin like the law no longer applies to someone who was under it. If you were a slave, you were bound to your master by law. Romans 6 tells us that when we are in Christ, he is our new master. Sin has no more authority over us! Like a former slave-master who yells and tries all he can to get you to do what he wants, but has no authority, and you have every right to just say “No!” You are no longer bound to obey him. This change in my mind has brought liberation and freedom like nothing else has.” 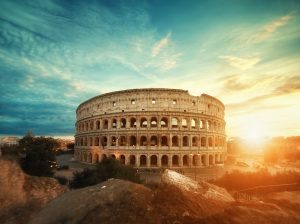